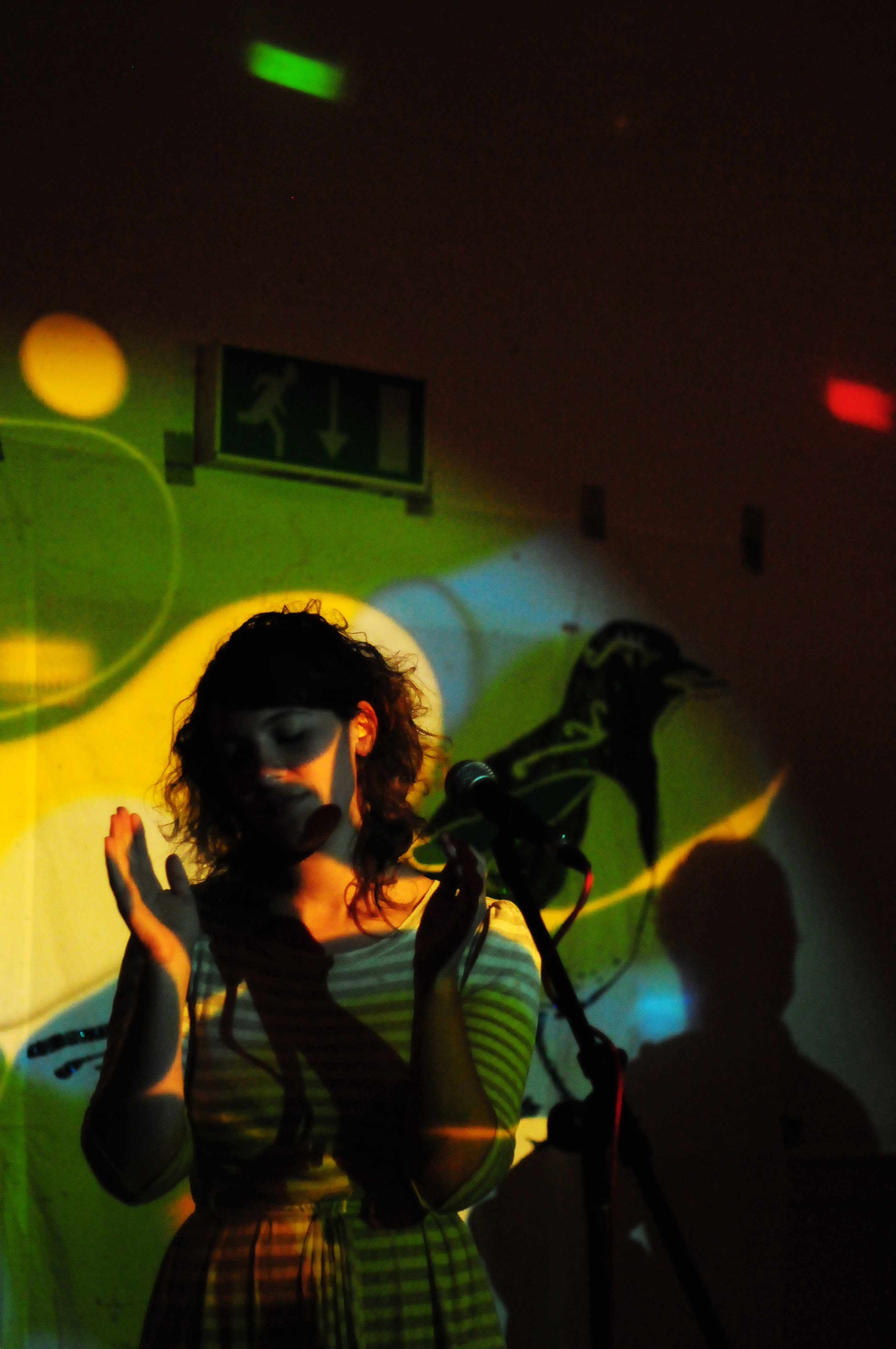 "I feel like I'm on a hill in a little village somewhere,
far away from home."
Is how Zac Cale described the vibe at the Heeley Institute on Friday night. Which was absolutely correct. The community centre, located just past the Sheaf view pub had been sweetly decorated and was dimly lit. The organisers had even cooked up an alluring cushion pile which bled onto the stage, where people who wanted more intimacy could lounge around and scoundrels who were too wasted could safely crash. All the bands from the evening were musical refugees from the End of the Road festival that'd finished just a few days before. There was some bad news that Kate le Bon, one of the scheduled artists couldn't make it due to a cold or ebola virus or some other weird pathogen, so it was up to the 3 other acts to fill up the night.
Little Robots, first to take to the stage, are a charming assemblance of folksy musos, sporting a rag-tag collection of country instruments. Laura Little, Mary Booth and Dolly May spent the set working their beautiful and flawless vocal harmonies, while multi-musical talent Ric Booth underpinned them with hugely impressive banjo, guitar and violin performances. Goodbye Bennie Boy, a strange cocktail of blues-folk with almost Trip hop style beats by drummer Guy Whittaker was the stand out track of the set for me. It was a straightforward masterclass in group performance, with a technically perfect and gorgeously inventive guitar accompaniment by Ric. Little Robots are versatile, expert performers and accomplished songwriters who impressed me greatly.
Next up was Brooklyn based Zachary Cale, who immediately changed the pace of the evening. Such was the intimacy of this concert, it was as if people held their breath collectively and the room closed in on him. His performance was narcotic and captivating and had a kind of dreamy, ambien-laced grace at all times. Eye for an Eye was probably my favourite song of the night, which was slow, rich and melancholic, and perfectly framed Zac's hypnotic style. He is a truly gifted man.
The final act were the slightly rugged, tambourine driven new-folk act, This Frontier Needs Heroes. Also from NYC, the group's comprised of Brad and Jessica Lauretti, a high powered brother-sister music duo. From the outset they won over the crowd with their sibling banter and Brads heavily quirky storytelling. At times the bands energy outmatched their technical skill and they were beset by a few tuning issues, which slightly hampered the performance. Even so, the best parts of their set were thoroughly enjoyable and they've produced some nicely crafted songs.
I wasn't sure what to expect from the Heeley Institue as a gig venue, but it surpassed my expectations hugely and provided a genuinely touching setting for one of the most intimate gigs I've attended in a long time. Sadly Zac Cale and This Frontier needs Heroes have departed UK shores on their European tour but both acts have material available on Itunes. However, the Little Robots remain on British soil. So seek them out, outstanding performance is guaranteed.